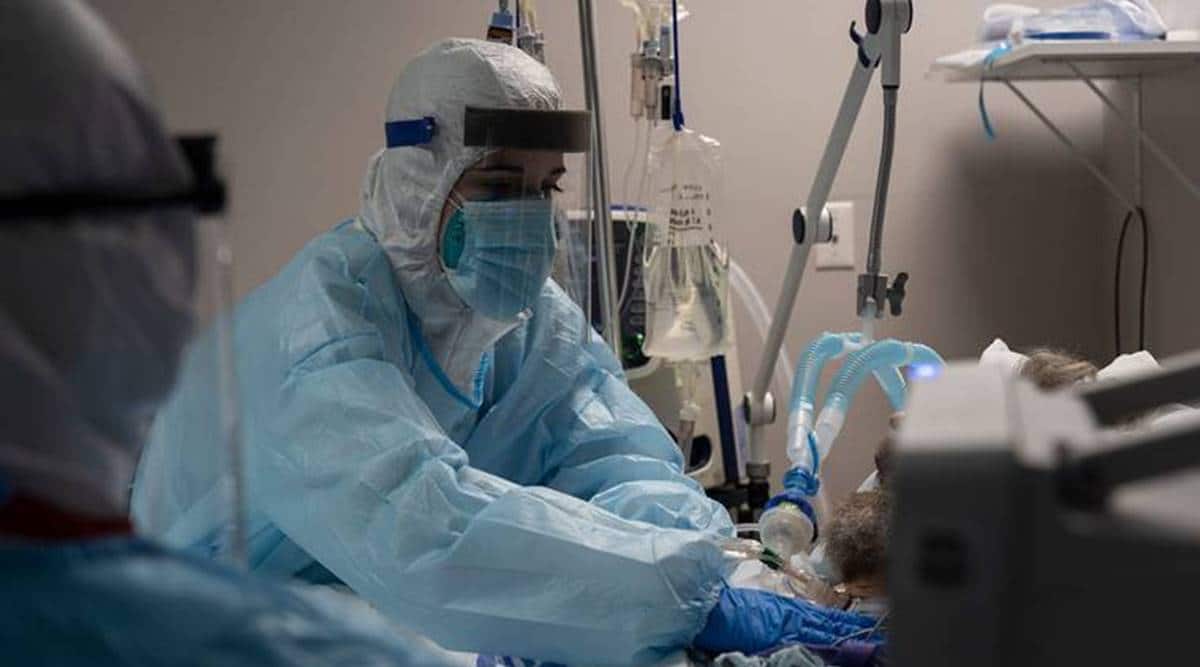 Of the 159 Covid-19 patients in ICU, 22 had ended up with acute kidney injuries. (Representational)

An observational study conducted by an Ahmedabad-based private hospital among 549 Covid-19 patients has found that those admitted in intensive care unit (ICU) often have higher prevalence of comorbidities and a greater predisposition of developing complications, even as age affected the disease course adversely, resulting in poorer outcomes in the elderly.

The observational study, published as a pre-print, was aimed at comparing clinical outcomes of Covid-19 patients admitted to ICU with those in a non-ICU setting.

The study also observed that among the admitted patients and those who succumbed to the infection, the number of males was far higher than the number of females. Data of 549 Covid-19 patients admitted at the CIMS Hospital between May 5 and August 10 were analysed for the study. They were chosen from the total of 1,291 patients who were admitted during this period. The sample size was chosen randomly.

Of the 549 patients, 159 were admitted to ICU during the disease course, while 390 had ward admissions.

“39.34 % of the total patients reported no major comorbidities and most of them were in non ICU settings,” the study found. All ICU patients had one or more than one comorbidity. The ICU group was found to be older than 65 years of age and associated with comorbidities like hypertension and diabetes, and breathlessness as a major clinical characteristic.

According to one of the researchers on the study, Parloop Bhatt, studies from China, Italy and New York suggest that 15-34 per cent patients develop acute kidney infection. However, of the 549 patients’ data studied at CIMS Hospital, 4.37 per cent developed acute kidney disease (24 patients).

When it comes to treatment protocol, seven of the 159 ICU patients were administered convalescent plasma, of which four died. Bhatt says that this was however not statistically significant because seven is too small a sample size and plasma was administered when all other treatments failed, in the initial months.

Out of the 549 patients, while 502 (91.43%) were discharged after full recovery, the 17 other patients took leave against medical advice (LAMA). Bhatt says, “LAMA can happen due to various reasons, say for example a patient may find that their expenses have increased and wish to be home and thus opt to discharge despite our advice against it. We continue to track them during periodic follow-ups.”

For all the latest Ahmedabad News, download Indian Express App.