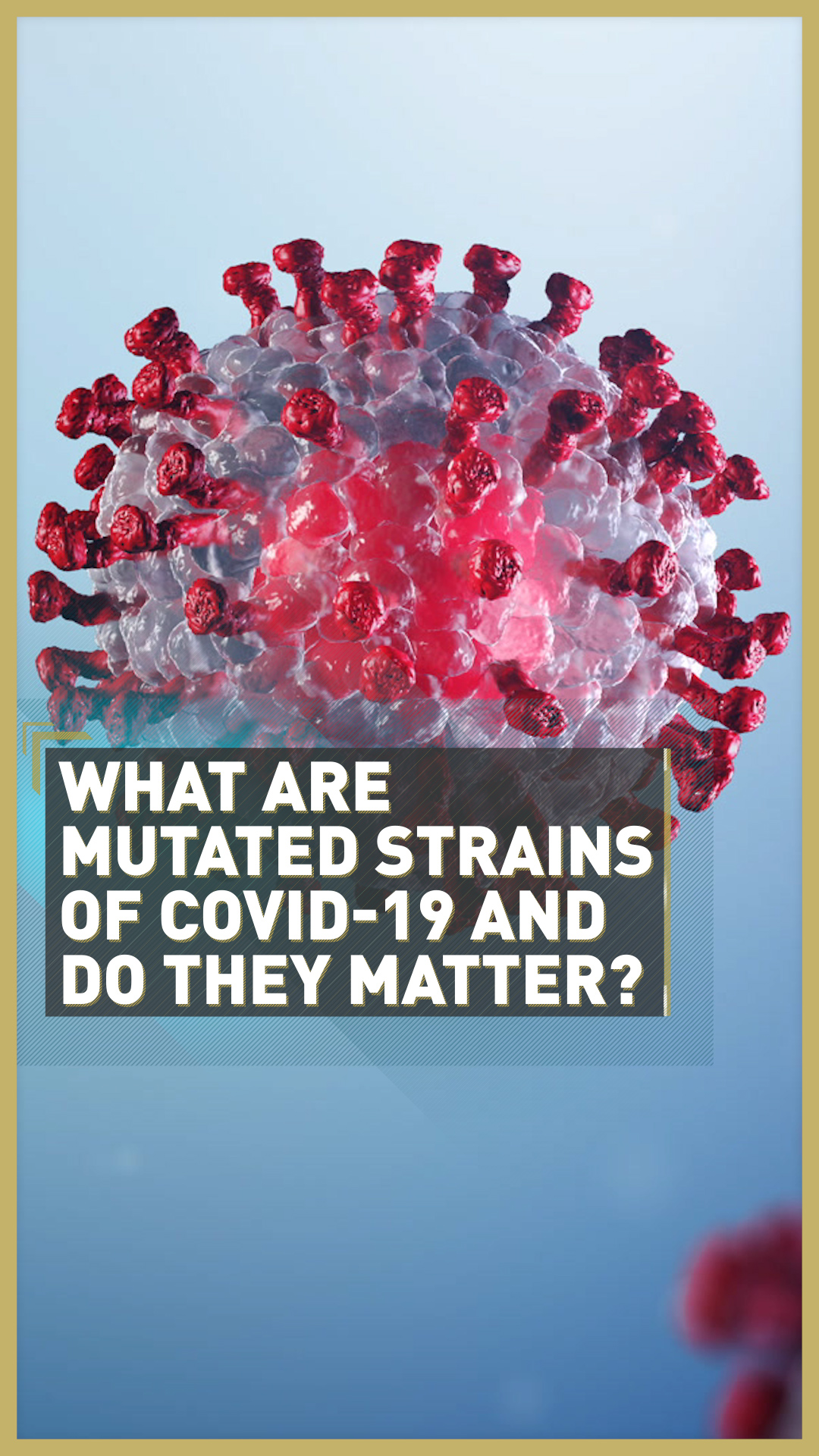 Scientists and researchers in Europe are discovering new mutated strains or variants of SARS-CoV-2, the virus that causes COVID-19, and tracking their increasing spread across the continent.

But what are mutations and do they really matter?

The term ‘mutation’ may invoke fear of a freakish transition, thanks in part to science fiction films, but when it comes to viruses it is a very natural occurrence and generally is not a huge deal.

Put simply, a mutation is a change in the virus’s genome, the set of genetic instructions that have all the information the virus needs to function. When the virus makes contact with a host and starts to replicate, this set of instructions is copied, but mistakes can happen during this process.

Depending on where in the genome the errors happen, they can have a negative or positive impact on the virus’s ability to survive and replicate. Or, as is the case the majority of the time, they may have no impact at all.

The new coronavirus, SARS-CoV-2, is no exception. It is an RNA virus, which is more prone to changes and mutations compared with DNA viruses like smallpox. So, as it has been passing from person to person over the past months, it has been, and continues to be, mutating, although scientists say this has been happening at a very slow pace.

“It’s really important to keep in mind that most of these mutations do not affect the virus at all,” molecular epidemiologist, Emma Hodcroft, told CGTN Europe.

“It’s actually best to think of them a little bit like typos. They happen because the virus replicates so often, but they don’t affect the overall message of the virus. But what that does mean is that when we see two viruses that share a lot of the same mutations, we know that they’re closely related,” she explained.

The new 20A.EU1 strain from Spain

Different variants of the SARS-CoV-2 virus have been found by scientists around the world since it was first identified at the start of the year. While the level of potential danger from these strains varied, most were not noteworthy.

Most recently, a scientific study led by the University of Basel’s Emma Hodcroft, identified a new strain of the virus which originated in the fruit picking regions of northern Spain, which has since spread far and wide across Europe.

The scientists are calling it the 20A.EU1 strain.

“What we spotted here was we were looking at our analysis of SARS-CoV-2 actually in Switzerland, where I’m based, and I noticed a cluster of Swiss sequences that seemed to be quite intriguing, they had expanded recently in time,” Hodcroft said.

“The more I looked into these, though, I realized this was not just in Swiss sequences, it actually involved a lot of countries in Europe, and we realized the earliest sequences came from Spain. And so this is when we realized that it was worth investigating this variant further,” she added.

However, despite this variant of the virus spreading to 12 countries in Europe, that the researchers know of, and accounting for more than 80 percent of all coronavirus cases both in Spain and in the UK, the scientists don’t believe the mutation itself is to blame.

“It’s really important to note that we don’t actually have any evidence that the mutation itself has done something like increase the transmissibility of the virus or made it more dangerous. In fact, what we really think has happened is that it was travel over the summer that’s made the difference here,” Hodcroft explained.

Researchers say that the reason for the quick spread of this strain of the virus across Europe and potentially compounding the second surge of COVID-19 cases in several countries, is mostly due to relaxed travel restrictions over the summer and ineffective track and trace programs.

They highlight the need for these types of studies in informing policy and evaluating how well restrictions and guidelines work, in order to be able to contain the virus effectively. 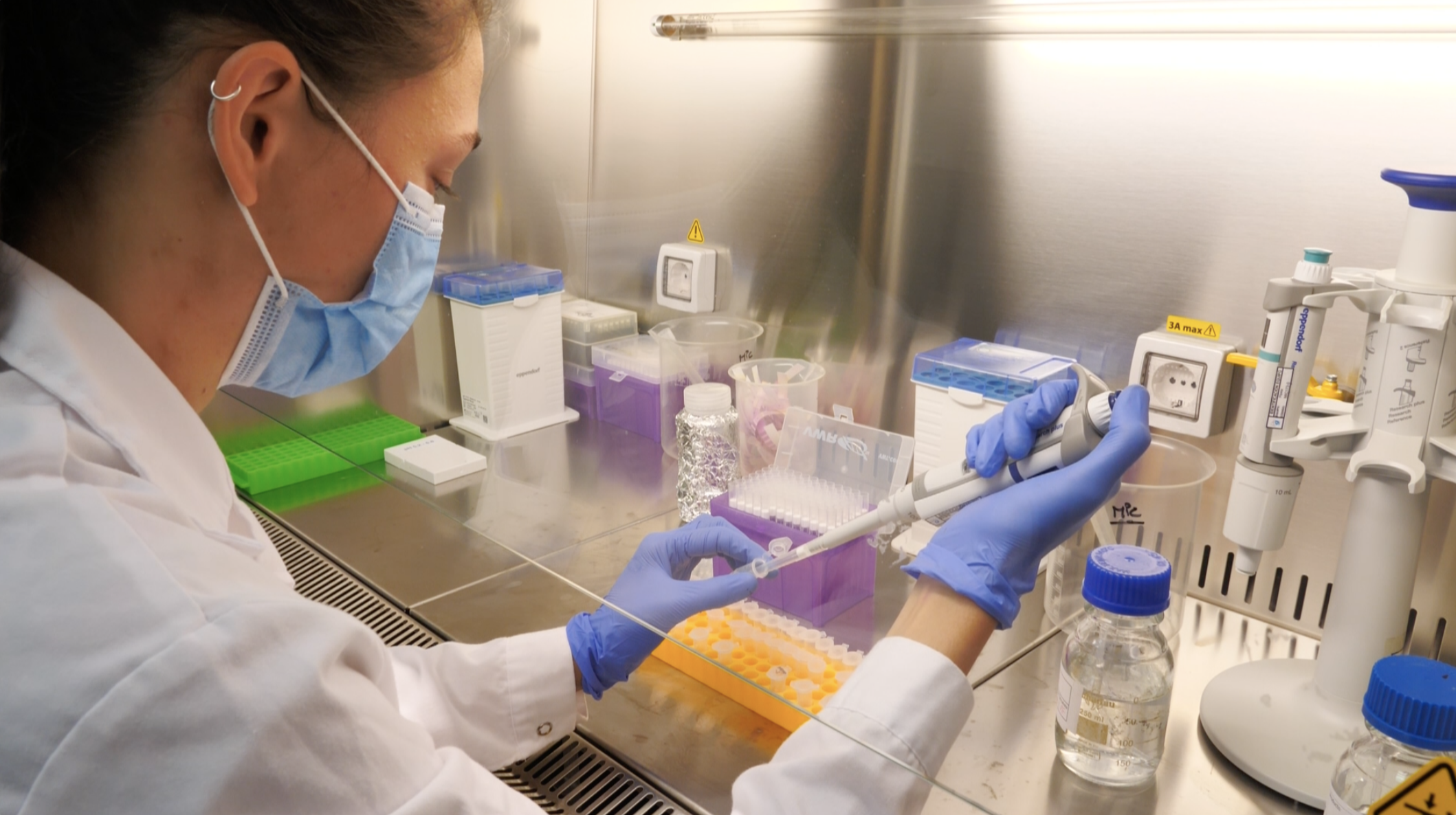 Scientists in Europe and around the world are tracking mutations in SARS-CoV-2 as it spreads over time and analyzing the effects of these variants. /CGTN Europe

Scientists in Europe and around the world are tracking mutations in SARS-CoV-2 as it spreads over time and analyzing the effects of these variants. /CGTN Europe

An ‘important gap’ in our knowledge

Scientists involved in finding and tracking SAR-CoV-2 variants say that while a lot of progress has been made in discovering more things about COVID-19, there is still a lot of work to be done and more data is needed.

In the UK, a briefing from the scientific body SAGE in mid-October also highlighted the need for more research into the effects of new mutations.

“Researchers are currently monitoring whether mutations are occurring, but are not systematically checking whether these mutations ‘matter,'” the authors of the briefing said. “This is an important gap in our knowledge.”

The report explained that in the UK alone there are “tens to hundreds of genetically distinct lineages of SARS-CoV-2 currently circulating, with some coming from first wave introductions and others recently imported.”

As mentioned, most mutations will not matter, but the report says “there is a chance some mutations will affect how easily the virus spreads between people, how likely it is to make someone ill and how severely ill that person becomes.”

But while they say there is no evidence as of yet that the limited number of genetic changes reported and investigated have brought about major shifts in the spread or severity of SARS-CoV-2, they warn this may change in the future.

The report says the next phase of the pandemic, in which natural immunity levels increase, as well as the use of vaccines, treatments and non-pharmaceutical interventions, has the potential to select different changes in the virus’s genome and bring about variations of mutations that could potentially be harmful.

And they are calling on the UK to boost its capability to “rapidly and systematically assess the biological significance of detected genetic change.”