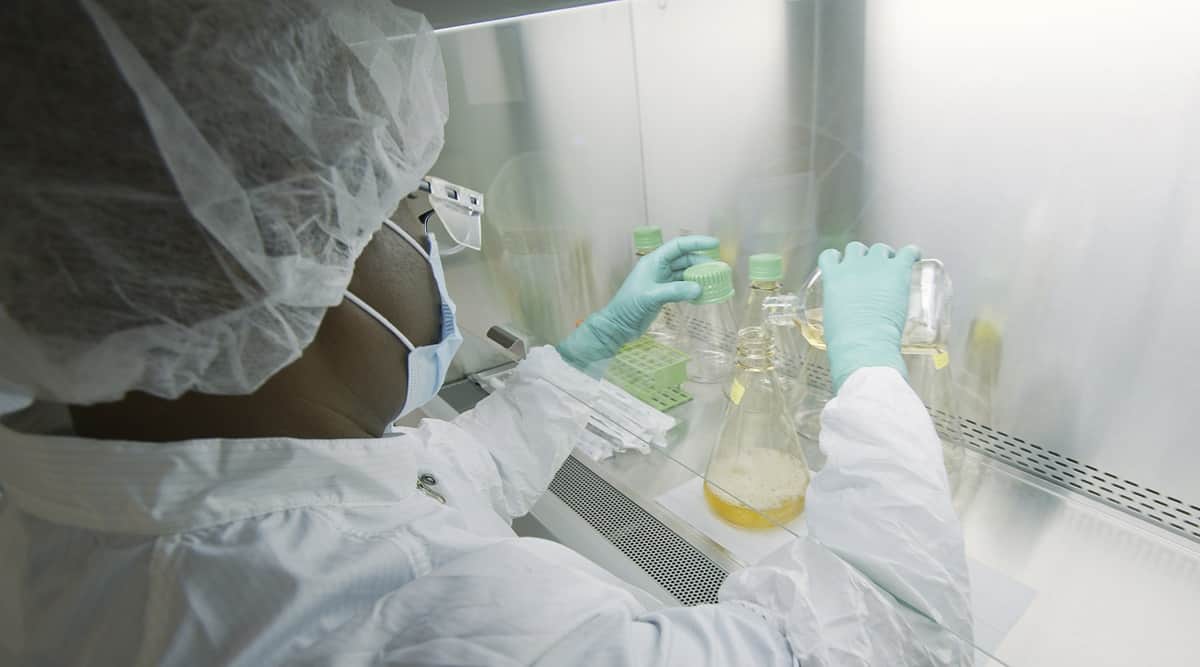 FILE – In this May 2020 file photo provided by Eli Lilly, a researcher tests possible COVID-19 antibodies in a laboratory in Indianapolis. (David Morrison/Eli Lilly via AP, File)

Scientists have found a new method to extract tiny but extremely powerful novel coronavirus antibody fragments from llamas, which they say could be fashioned into inhalable therapeutics with the potential to prevent and treat COVID-19.

These special llama antibodies, called nanobodies, are much smaller than human antibodies, according to the researchers from the University of Pittsburgh School of Medicine in the US.

They are many times more effective at neutralising the SARS-CoV-2 virus, that causes COVID-19, and are also much more stable, they said.

“Nature is our best inventor,” said Yi Shi, senior author of the study published in the journal Science on Thursday.

“The technology we developed surveys SARS-CoV-2 neutralising nanobodies at an unprecedented scale, which allowed us to quickly discover thousands of nanobodies with unrivalled affinity and specificity,” Shi said.

The researchers immunised a black llama named Wally with a piece of the SARS-CoV-2 spike protein and, after about two months, the animal’s immune system produced mature nanobodies against the virus.

The scientists then exposed their nanobodies to live SARS-CoV-2 virus and found that just a fraction of a nanogramme could neutralise enough virus to spare a million cells from being infected.

These nanobodies represent some of the most effective therapeutic antibody candidates for SARS-CoV-2, hundreds to thousands of times more effective than other llama nanobodies discovered through the same phage display methods used for decades to fish for human monoclonal antibodies, the researchers said.

The nanobodies can sit at room temperature for six weeks and tolerate being fashioned into an inhalable mist to deliver antiviral therapy directly into the lungs where they are most needed, they said.

Since SARS-CoV-2 is a respiratory virus, the nanobodies could find and latch onto it in the respiratory system, before it even has a chance to do damage.

Traditional SARS-CoV-2 antibodies require an IV, which dilutes the product throughout the body, necessitating a much larger dose and costing patients and insurers around USD 100,000 per treatment course.

“Nanobodies could potentially cost much less. They’re ideal for addressing the urgency and magnitude of the current crisis,” said Shi.

In collaboration with researchers at the Hebrew University of Jerusalem, the team found that their nanobodies use a variety of mechanisms to block SARS-CoV-2 infection.

This makes nanobodies ripe for bioengineering, the researchers said.

For instance, nanobodies that bind to different regions on the SARS-CoV-2 virus can be linked together, like a Swiss army knife, in case one part of the virus mutates and becomes drug-resistant, they said.