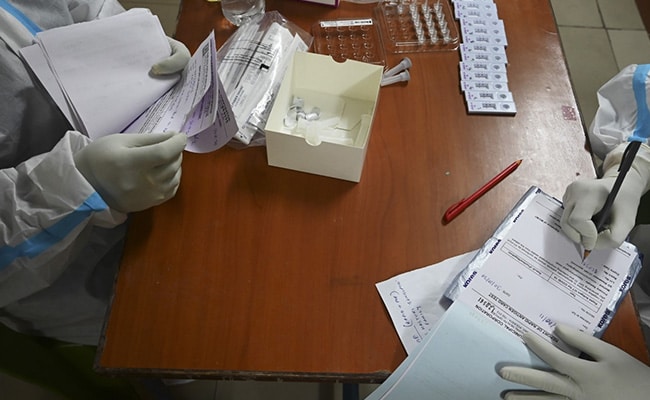 Stress over lives disrupted and fear of contracting a disease that continues its relentless spread is a potent cocktail that has led to “caution fatigue” and even “avoidance behaviour”, say experts as people everywhere seem to drop their guard against COVID-19.

There are worrying signs that the resolve to continue adhering to the dos and don’ts of the times — physical distancing, wearing masks and maintaining hygiene protocol — is flagging. This recklessness may lead to a resurgence in novel coronavirus infections and stall the progress in curbing the disease, the experts said.

“Yes, people are definitely getting tired but unfortunately the virus is not,” Prabhdeep Kaur, deputy director at Chennai’s ICMR-National Institute of Epidemiology (NIE), said.

Although there is a decline in active cases and test positivity in India, a large proportion of the population is still susceptible to infection, she warned. There is a risk of resurgence unless people wear masks, maintain social distance and avoid gatherings.

According to the Health ministry on Thursday, COVID-19 cases rose by 47,905 taking the count to 86,83,916 while the number people who recuperated went up to 80,66,501. In Delhi, however, the cases continue to escalate sharply with 8,593 cases recorded on Wednesday.

“The virus is here to stay and we have to adopt certain behavioural changes for the long term. If we become complacent, the virus will continue to spread and we may see a resurgence of cases,” the epidemiologist said.

When the nationwide lockdown was first announced in March, people were charged with energy and there was the desire to actively work towards flattening the COVID-19 curve. However, as the months roll into another with no signs of an end anytime soon, the mix of anxiety and fear has left many people feeling drained.

As motivation dips, people are growing more lax about social distancing guidelines — and potentially putting themselves, and others, in harm’s way. With Diwali just two days away, the signs are there across the country with large crowds thronging markets, people getting together for social and religious gatherings and a general recklessness setting in.

Psychologist Shweta Sharma said people have already reached a higher stage of fear and anxiety in the pandemic and this is the reason for their “avoidance behaviour” as far as precautionary measures are concerned.

“Motivational factors are also important to increase any desirable behaviour but in this situation where people are not sure about their motivational factor due to uncertain causes of getting contamination, it’s becoming a forcing factor for them,” Ms Sharma, a consultant clinical psychologist at the Columbia Asia Hospital in Gurgaon, said.

She said it was natural to develop a sense of complacency over a period of time as people see their efforts have not led to the desired result.

“They are not even sure whether their efforts are making any sense or not. So the psychological tendency of complacent behaviour has increased where people are not concerned about the results and are acting in autopilot mode,” Ms Sharma, who is also a counsellor at the Jawaharlal Nehru University (JNU) Health Center, added.

Economist and epidemiologist Ramanan Laxminarayan agreed that the compliance to COVID-19 protocols has fallen significantly as it is a challenge to continually wear masks and maintain physical distance.

He noted that there has been a decline in the number of infections post-September in many urban areas, likely because of the build-up of pockets of population immunity that have slowed down transmission.

“However, the virus continues to spread both in parts of urban areas that have been unaffected so far as well as in rural India which is where the bulk of the population lives,” the director of the Center for Disease Dynamics, Economics & Policy in Washington, said.

Citing the example of the 1918 Spanish flu that killed over 50 million people, Mr Laxminarayan said complacency was common during the second wave of a pandemic.

“In India, this could lead to greater infections during the winter months. Already, ICU beds are unavailable in New Delhi and the same situation is likely to prevail in other cities if control measures are dropped,” he said.

According to a recent survey by Prabhdeep Kaur and her colleagues in the Greater Chennai Corporation area of Chennai, nearly 72 per cent people in slums and 64 per cent in non-slums did not wear masks.

The survey, jointly conducted by the GCC and ICMR-NIE, covered 3,600 individuals in 60 streets, including 1,800 individuals each in the slum and non-slum areas.

“We cannot let the virus determine the trajectory in the coming months as the course of the pandemic will depend on various factors. As we have learned from many countries such as Thailand, Vietnam and New Zealand, it is possible to keep the virus under control if we implement the test, trace, isolate strategy and if people cooperate and accept COVID appropriate behaviour,” the ICMR-NIE epidemiologist said.

The public health expert suggested that authorities need to do more awareness campaigns using mass media to educate people regarding the importance of mask use and also inform them about how to wear them correctly.

“We also need to enforce masks and social distancing in public places and workplaces,” she said, adding that the government alone cannot control this pandemic and everyone must come forward to join hands to defeat the virus.

Although it is difficult and challenging, reminding people of the human toll of COVID-19 is the only approach, added Mr Laxminarayan.

“Some states are reducing testing and hiding cases. When that happens, the public does not get an accurate picture of the seriousness of the situation and stops taking measures to protect themselves. Transparency and increased testing are the only solutions,” he added.

Ms Sharma noted that mindfulness is needed in our individual thoughts, behaviour and actions to stop the spike in cases. She added that authorities also need to change strategies for public awareness and come up with a more realistic approach.

“Only challans are not going to help, it should come as an individual’s responsibility not as a way for a challan-free exit. Effective visuals and positive affirmations are more required in line to create realistic awareness,” she said.

(Except for the headline, this story has not been edited by NDTV staff and is published from a syndicated feed.)