“We are headed in the wrong direction,” Hidalgo said.

The county judge made the comments during the Greater Houston Partnership’s annual State of the County event, which was held virtually because of the pandemic.

Much of the 45-minute discussion with moderator Scott McClelland, President of H-E-B, centered around the county’s response to the coronavirus.

Hidalgo said in Harris County, including Houston, daily cases have jumped 40% over the last few weeks. Hospitalizations are up, too. She also said the positivity rate, or the percentage of people getting positive test results, is at nearly 9% after hitting a low of 5.6% in September. 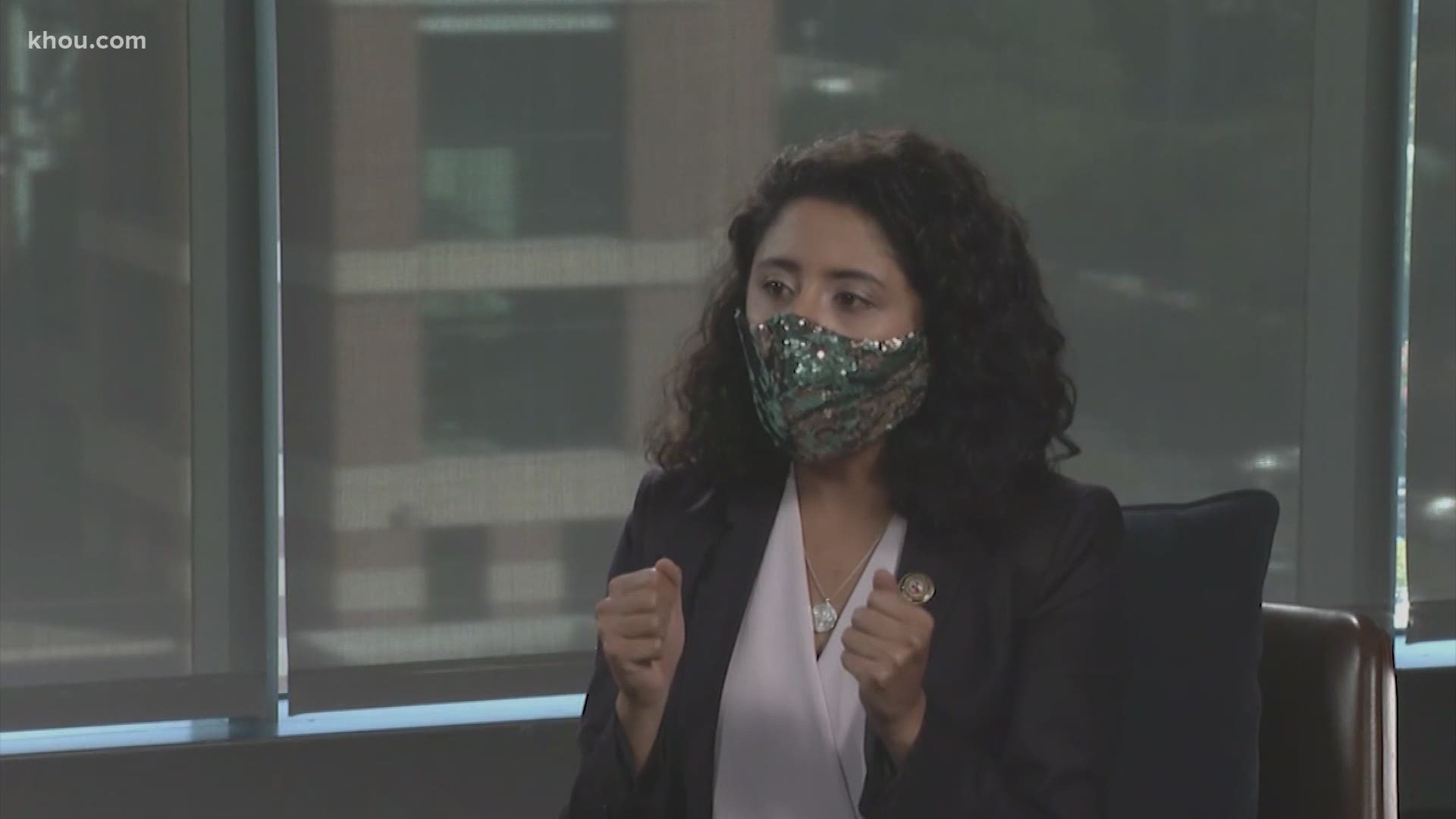 “My concern is this is the result of half-measures by the state and federal government … and something that has to change,” Hidalgo said.

The county judge called for science-based thresholds for reopening. Harris County is still at its highest threat level, but state orders limit enforcement of stay home orders. Hidalgo said the Houston area has lost at least 200,000 jobs since January.

“I don’t see it as a false choice,” Hidalgo said about choosing between keeping people safe and helping the economy. “It’s setting ourselves up for greater economic pain, for deaths and illnesses, when we now know, inevitably, another pullback is necessary…is gonna be coming soon I’m sure. We all see the numbers in El Paso.”

She said in the meantime, Harris County will keep doing what it can: testing, contact tracing, and funding relief programs with remaining CARES Act dollars, while also urging the new normal of masks and social distancing until the vaccine arrives.

Hidalgo said the county is working with state and federal partners to be ready to deploy vaccines when they become available.