Apparently, it’s quite hard to say no to Thanksgiving dinner.

For almost all of 2020, traditional holiday celebrations have been altered (or even canceled) due to the ongoing coronavirus pandemic. While many hoped to be able to return to somewhat normal Thanksgiving and Christmas celebrations, recent spikes in COVID-19 cases have officials warning against large gatherings.

Based on a recent study, however, it seems that about 40% of Americans may still plan on attending these sorts of events. 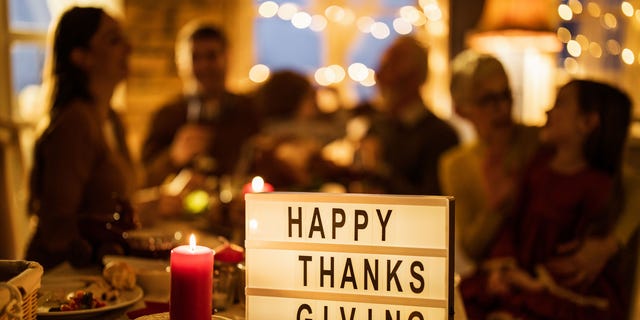 Based on a recent study, however, it seems that about 40% of Americans may still plan on attending these sorts of events.
(iStock)

Researchers from The Ohio State University Wexner Medical Center conducted a national survey about how Americans plan to spend the holidays. In a press release, they say they found that, while a majority plan on taking precautions due to the pandemic, a significant number may be putting themselves at risk.

According to the results, about two-in-five Americans (38%) still plan on attending gatherings with more than 10 people. And about a third of the respondents said they will not be requiring people to wear masks.

Dr. Iahn Gonsenhauser, chief quality and patient safety officer at The Ohio State University Wexner Medical Center, said, “We’re going to look back at what happened during this holiday season and ask ourselves, ‘Were we part of the solution or were we part of the problem?’ When you’re gathered together around the table, engaged in conversation, sitting less than six feet apart with your masks down, even in a small group, that’s when the spread of this virus can really happen.”

He continued: “If you have somebody in your household who is high risk and you’re in a low incidence area, you’re going to want to think twice about having a celebration where people are coming from an area where there’s a lot of virus in the community.”

Fox News previously reported that experts from the website Dear Pandemic recommended that anyone planning on visiting family members during Thanksgiving should have started their self-quarantines last Thursday (which was 14 days before the holiday).

Otherwise, the Centers for Disease Control and Prevention (CDC) has warned against Thanksgiving celebrations that include anyone other than those living in your immediate household. The agency has also advised against any holiday travel and suggested that holiday gatherings be hosted outside, if possible.