Are you a virus super-spreader? Here is how researchers identify their physiological characteristics&nbsp | &nbspPhoto Credit:&nbspiStock Images

New Delhi: With no effective vaccine, or specific treatment available for the novel coronavirus infection, also known as COVID-19, prevention from contracting the infection has been touted as the only, and safest best against it. Social distancing, hand hygiene, respiratory hygiene, wearing a mask, staying at home, and keeping the body in its healthiest state has been recommended as some measures people can undertake to keep themselves safe from the virus. However, given the asymptomatic nature of the COVID-19 disease, and confusion about how long a person remains contagious even after recovering from COVID-19 have led to a large spread of the virus.

Some people, especially those who are unaware that they are carriers of the virus, have been termed as ‘super-spreaders’. Some demographics that have been called the term commonly include children, young adults, and those who do not follow the precautionary norms. Researchers have now also identified certain physiological characteristics that can help understand who could be a super-spreader of the virus.

According to new research from the University of Central Florida, researchers have identified certain features that can make one a super-spreader of the virus. The study appeared in the journal Physics of Fluids, this month. For the study, researchers used computer-general models to numerically stimulate sneezes in different types of people. They then determined associations between people’s physical features, and how far their sneeze droplets are likely to travel or linger in the air. 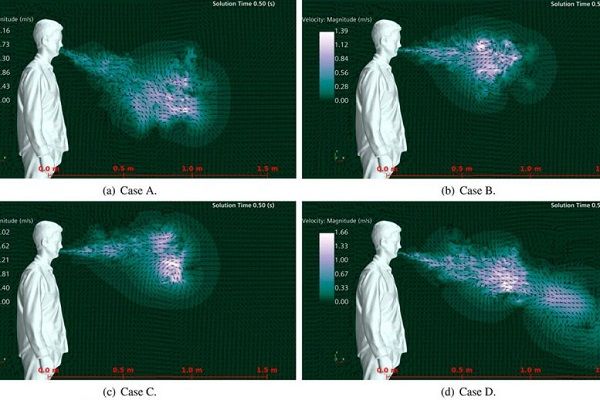 It was found that people who had a stopped-up nose, or a full set of teeth, had more potential to spread the virus because of how far their sneeze can travel.

For the uninitiated, exposure to droplets from a COVID-19 infected person has been considered one of the ways in which the virus can spread to healthy individuals.

Knowing more about factors affecting how far these droplets travel can inform efforts to control their spread, says Michael Kinzel, an assistant professor with UCF’s Department of Mechanical Engineering and study co-author.

“This is the first study that aims to understand the underlying ‘why’ of how far sneezes travel,” Kinzel says. “We show that the human body has influencers, such as a complex duct system associated with the nasal flow that actually disrupts the jet from your mouth and prevents it from dispersing droplets far distances.”

The study further said that when people have a clear nose, such as after blowing into a tissue, the speed of the sneeze droplets, and thereby the distance travelled by them decreases.

When the nose is clear, it allows a passage for the air, apart from the mouth, which reduces its speed. However, when the exit is restricted in case of a congested nose, it causes the velocity of the droplets released from the mouth to increase.

Similarly, teeth can also act as a barrier for the sneeze to exit the body, causing an increase in velocity.

They found that thinner saliva resulted in smaller droplets, leading to a spray that stayed in the air for longer, as compared to medium or thick saliva.

For example, after three seconds of a sneeze, thick saliva reached the ground, reducing the risk of contracting an infection. However, thin saliva remained suspended in the air, which when inhaled by a healthy person, can cause disease.

For instance, three seconds after a sneeze, when thick saliva was reaching the ground and thus diminishing its threat, the thinner saliva was still floating in the air as a potential disease transmitter.

“The results show exposure levels are highly dependent on the fluid dynamics that can vary depending on several human features,” Ahmed says. “Such features may be underlying factors driving superspreading events in the COVID-19 pandemic.”