A nurse was arrested Monday after police say she was caught stealing COVID-19 vaccines from a Michigan convention center, reports said.

An employee at Detroit’s TCF Center claimed to have seen the woman pocket two syringes of the Moderna vaccine, according to city officials. The suspect was stopped before she made her way out of the facility, reports said.

“I am really shocked. The access to vaccines that have come into Michigan and into Southeast Michigan, it’s not called for,” said Hakim Berry, the chief operating officer for the city, according to FOX 2 of Detroit. “People can get a vaccine. We’re constantly opening up our levels for eligibility.” 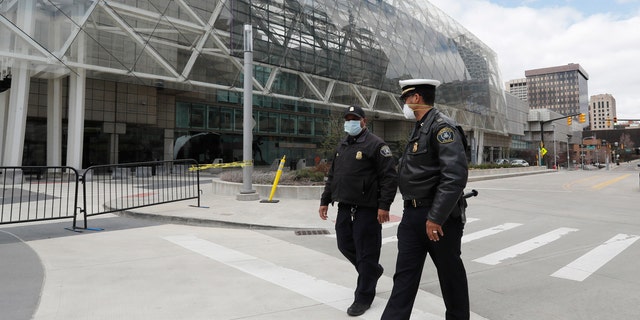 Berry said the nurse is likely affiliated with a staffing agency that helps staff nurses at TCF, according to the station. She could face charges and lose her nursing license.

He added that the vaccines are carefully guarded.

“Our vaccines are stored in a secured location,” Berry told Detroit’s WDIV-TV. “Even when we deliver they are with a security guard. We account for every syringe that we give out.”

TRUMP URGES ALL AMERICANS TO GET COVID VACCINE: ‘IT’S A SAFE VACCINE’ AND IT ‘WORKS’

TCF Center is a designated vaccine distribution site for the city of Detroit. At least 109,000 people have been vaccinated there since Jan. 13, Berry said.

Despite the incident, officials said everyone who was scheduled to receive a vaccine was able to get one, FOX 2 reported.